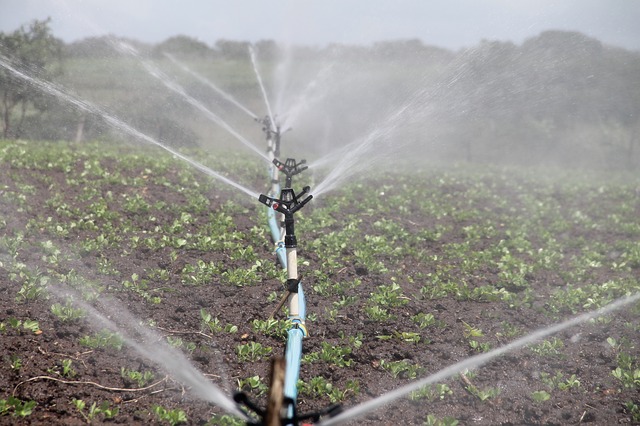 We’ve already put together a guide about the total amount of water on Earth and how it’s distributed.

There are different types of fresh water resources – some are renewable (generally from rainfall), and some are not

Additionally, some fresh water sources some recharge at a very slow or negligible rate (ground water for example tends to have a much slower recharge rate than surface water, taking 5 years or more in some instances to show any meaningful water renewal levels)

As a result, every city and region faces different challenges with their fresh water supplies

Some cities experiencing water stress or water scarcity problems augment their fresh water supply with technology such as desalination or waste water recycling.

Dry and warm regions with low or variable annual rainfall levels, and higher surface temperatures, tend to be some of the more water scarce regions in the world.

This is generally because rainfall and the hydrological cycle (rainfall, evaporation, inflow into surface water sources such as rivers and lakes and eventually into ground water aquifers) tends to be the natural process that refills and renews fresh water resources

The global averages for fresh water withdrawals across the three main sectors are – agriculture (with irrigation playing a significant role) at 70%, industry (particularly wet cooling in thermo electric power plants) at 19%, and municipal (household and public services) at 11%.

But, water share across the three sectors differs between individual countries, and developed vs developing, and high vs low income countries.

Poorer countries tend to use more fresh water for agriculture in general according to ourworldindata.org

However, every city and population of people around the world has different ratios of fresh water demand to supply depending on how sustainably governments and water suppliers managed water resources

Some countries have much bigger fresh water supplies in terms of total volume than others (Brazil, Russia and the United States are leaders)

Some countries withdraw freshwater at much higher volumes or per capita rates than others – China, India and the US are the top withdrawing countries by volume

There’s a difference between fresh water withdrawal, and consumption.

Withdrawal can include returning water back after use to it’s source such as a river or lake, whilst consumption includes water that is used and isn’t returned back to the source

There’s also a difference between potable drinking water, and non potable fresh water that is used for other uses such as irrigation for agriculture

In terms of trends with freshwater use – rates of global freshwater use have increase six fold since the year 1900, and increased sharply from the 1950s onwards, but since 2000 slowed somewhat (up to 2019 at least)

Nevertheless, fresh water usage and demand is expected to increase in the future as populations grow, more countries become developed, and demand grows for water intensive products like fossil fuels and meats, as well as energy generation and biofuels

The trends we see for some major countries right now is a slow decline in renewable internal freshwater resources per capita, which in part is impacted by withdrawal rates

India is one example of a country that fits this description – extracting a lot of water for irrigation for agriculture. Brazil is another.

Salt Water vs Fresh Water vs Drinking Water On Earth: How Much Of Each There Is, & How It’s Distributed

Read more in this guide about the volumes and distributions of the different types of water on Earth’s surface.

As we can see, there is far less fresh water than salt water on Earth’s surface.

There is even less fresh water once water trapped in ice and snow is taken into account.

It’s worth reading the ‘the71percent.org’ resource in the above guide which outlines how fresh water specifically is distributed across the world.

Apart from natural fresh water resources, potable and non potable fresh water can be generated from man made technology such as desalination and atmospheric water generation, and even from waste water or storm water when used or poor quality water is treated and recycled.

Water found in lakes, rivers, dams (dams are technically man made) and above ground sources

Surface water tends to be more renewable (from the natural hydrologic cycle) and recharges at a much quicker rates compared to ground water.

Water found in below ground aquifers.

Ground water tends to recharge at much slower and sometimes negligible rates on the human time scale – it can take 5 years or longer to see meaningful changes in some ground water sources.

Ground water can suffer from ground water depletion from over withdrawing, and, some ground water can also be brackish/saline and may or may not be able to be treated and used (so, quality of the water resource must be considered).

For these reasons, some ground water resources are referred to as non renewable.

You can read more about the different sources of fresh water in this guide.

FAO.org also explains the different types of freshwater sources in this guide

Populations can augment their natural water supplies with technology such as desalination, waste water and run off water recycling and re-use, ground water replenishment, and other methods.

On a smaller scale, technology like atmospheric water generators might be used to in some instances to produce fresh water and drinking water

Shared, transboundary or external fresh water sources may be involved in water trade, and water import/export

Countries With The Most Fresh Water Resources – By Volume

According to Wikipedia.org, total freshwater supplies in kilometres cubed (km3) for the countries with the most internal fresh water resources are:

Democratic Republic Of The Congo – 1283

Wikipedia.org shows an extended list of the top 172 countries here

WorldAtlas also describes where most of the freshwater in each of these countries is found.

For example, the Amazon region contains over 70% of the fresh water in Brazil.

Countries With The Most Fresh Water Resources – Per Capita

According to Food and Agriculture Organization, AQUASTAT data, and via Indexmundi.com, renewable internal freshwater resources (internal river flows and groundwater from rainfall) per capita (in cubic metres person) worldwide are as follows:

Countries That Withdraw The Most Fresh Water (By Volume, & Per Capita)

Per OurWorldInData.org, in 2014, the biggest users of freshwater were:

Freshwater Withdrawals, Per Capita, Per Year

Per OurWorldInData.org, in 2010, the biggest users of freshwater per person were:

Per OurWorldInData.org … Average per person, per year, renewable freshwater withdrawal rates by region are as follows (in cubic metres):

What we see is that different regions and countries across the the world withdraw fresh water resources in different amounts across each sector.

There can be differences for individual countries, but also developed and developing countries, as well as high and low income countries.

[Water used in agriculture can be rain fed, or pumped irrigation]

[The average agricultural water use for low-income countries is 90 percent; 79 percent for middle income and only 41 percent at high incomes]

[Irrigation levels differ across the world, and irrigation is] particularly prevalent across South & East Asia and the Middle East; Pakistan, Bangladesh and South Korea all irrigate more than half of their agricultural area. India irrigates 35 percent of its agricultural area.

Irrigation provides approximately 40% of the world’s food, from an estimated 20% of agricultural land, or about 300 million hectares globally.

Almost half of the total area being irrigated worldwide is located in Pakistan, China and India, and covers 80%, 35% and 34% of the cultivated area respectively.

Industry water use involves industrial applications such as … dilution, steam generation, washing, and cooling of manufacturing equipment. [It also includes] cooling water for energy generation in fossil fuel and nuclear power plants (hydropower generation is not included in this category), or as wastewater from certain industrial processes.

The United States is the largest user of industrial water, withdrawing over 300 billion m³ per year. … [and] China is the second largest, at 140 billion m³

Industry accounts for nearly 20% [of fresh water withdrawals] … and there are indications this demand will rise.

In advanced economies as much as 45% of all water demand is generated by industry.

In industrialized nations … industries consume more than half of the water available for human use.

Belgium, for example, uses 80% of the water available for industry.

[Defined as water use] for domestic, household purposes or public services.

[Examples include water we use for] drinking, cleaning, washing, and cooking.

… China’s domestic water demands are highest at over 70 billion m³ per year [and] India … is the third largest municipal water user.

The United States, despite having a much lower population, is the second largest user as a result of higher per capita water demands.

Pacinst.org also has a graphic which shows both the global water withdrawal and water consumption volumes, by sector, by the year 2040.

Agriculture by far has the highest withdrawal and consumption rates.

The graphic is available at pacisnt.org

Individual Industries That Use The Most Water

Read more in this guide which summarizes which individual industries within the different sectors that use the most water – directly, and indirectly.

‘Water withdrawn is the total volume removed from a water source such as a lake or river. Often, a portion of this water is returned to the source and is available to be used again. Water consumed is the amount of water removed for use and not returned to its source’.

Each one of these categories of problems has different factors and variables to consider.

Read more about global fresh water problems in this guide.

Are We Using More Or Less Freshwater Over Time?

There are global averages for fresh water usage/withdrawal trends, and then trends and stats for each individual country, each State or province, and each city or town.

Globally, there is a ‘fresh water withdrawals since the year 1900’ graph available at ourworldindata.org

Rates of global freshwater use increased sharply from the 1950s onwards, but since 2000 appears to be plateauing, or at least slowing.

Freshwater withdrawals have tripled over the last 50 years.

[Some of the reasons for these increases might be:]

The world’s population is growing by roughly 80 million people each year.

Changes in lifestyles and eating habits [are more water intensive]

You can view a live global water use counter here (worldometers.info)

Forecast For Water Use In The Future

– By 2050, the global water demand of agriculture is estimated to increase by a further 19% due to irrigation needs (globalagriculture.org)

At worldometers.info, if you click through to India’s data for example, you can see a decrease in per capita renewable fresh water resources since 1962.

This guide summarises some factors that may impact whether we will have enough fresh water resources in the future.

Home » Information Guides » The Freshwater Resources & Supplies On Earth, & How We Use Them