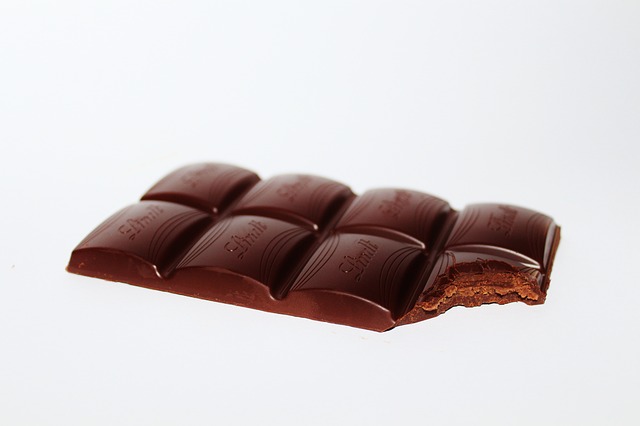 Each type of food we eat has it’s own sustainability footprint.

In this guide, we’ve outlined the potential sustainability footprint of producing and eating chocolate.

When it comes to the carbon footprints of different foods, chocolate might fit somewhere in between vegetarian foods and animal meats (alongside other dairy products) in terms of it’s carbon footprint per unit of weight of chocolate produced

When including the sourcing of beans in the lifecycle assessment, milk chocolate may see it’s carbon footprint double, and dark chocolate see it triple (the extra cocoa in dark chocolate is usually the reason for this)

Additionally, when accounting for the land use change and deforestation involved with some brands of chocolate, the global warming potential can increase 3 to 4 times according to some sources

When it comes to the water footprints of different foods, chocolate might be one of the most water intensive of all foods to produce on a per kg basis

But, per serving, it can drop down the list compared to other foods

When it comes to the land footprints of different foods, it’s not clear what chocolate’s land footprint is exactly compared to other foods.

Having said this, the land footprint of chocolate can be calculated by itself.

The land footprint of chocolate depends on the number of cocoa trees being grown on an acre of land, the amount of chocolate the trees are producing (might be between half to two pounds of chocolate per year), and considering how old or young the tree is (older trees might produce less than younger trees)

Favorable weather/climate and growing conditions are important to cocoa production

Majority of the world’s cocoa is grown in what could be considered an organic way, by small placeholders

But, clearing of forests for intensive cocoa production can be one problem

The chocolate market is worth in the 100’s of billions of dollars, and cocoa production is the main source of income for millions of small scale farmers worldwide

Improving The Productivity Of Cocoa In The Future, & Improving Sustainability & Ethics

Overall, because different brands and products of chocolate have different ingredients and production processes, each brand/product should be assessed separately across it’s life cycle

The factors that impact the carbon footprint of chocolate can include whether it’s milk chocolate or dark chocolate, whether sourcing of cocoa beans is included in the lifecycle assessment, and whether land use change and deforestation is also included.

The average 40-gram bar of milk chocolate will carry with it a carbon footprint of around 200 grams (or upwards of 5 kilograms per kilogram of chocolate).

This calculation includes emissions from the production … and from packaging and distribution, but not from land-use change [the carbon footprint is larger when deforestation is accounted for]

Land use change increases the carbon footprint of chocolate:

How Much Water It Takes To Produce Chocolate

It can take anywhere from 10,000 to around 24,000 litres of water to produce per 1kg chocolate, making it one of the most water intensive foods on a per unit of weight produced basis

A chocolate bar might still be one of the more water intensive snacks you can eat, compared to fruit like bananas for example (on a per weight basis)

How Much Land It Takes To Produce Chocolate

Plantations in cocoa-producing countries typically have 1,000 to 1,200 cocoa trees growing per hectare [which works out to be] between 400 and 485 cocoa trees … per acre …

It can take an entire year for a cocoa tree to produce the cocoa in just half a pound of chocolate.

Older trees also yield less cocoa, and most of the world’s cocoa plantations are well past their peak production years.

Ivory Coast and Ghana are the largest producers of cocoa.

Some of this has to do with the favorable weather and growing conditions in these countries.

Having said this, a changing climate in the future could impact cocoa production in these regions

The Ivory Coast and Ghana are by far the two largest producers of cocoa: together they cultivate more than half of the world´s cocoa.

… local cocoa farmers [could suffer as a result as] cocoa trees are sensitive to heat and drought.

Majority of the world’s cocoa is grown in what could be considered an organic way, by small placeholders

But, clearing of forests for intensive cocoa production can be one problem

An estimated 70% of world cocoa production is grown by smallholders, largely in low input, low intensity agricultural systems [that are essentially organic in fashion … and low prices and not being able to afford chemicals is in part responsible for this]

… tropical forests [can be cleared] to plant new cocoa trees rather than reusing the same land.

That practice has spurred massive deforestation in West Africa, particularly in Ivory Coast.

Experts estimate that 70% of the country’s illegal deforestation is related to cocoa farming.

Child labor is one of the human issues to do with chocolate production.

During the 2013-14 growing season, an estimated 2 million children were used for hazardous labor throughout Ghana and Ivory Coast.

The Value Of Chocolate & Cocoa To The Economy

The chocolate market is worth in the 100’s of billions of dollars, and cocoa production is the main source of income for millions of small scale farmers worldwide

Cocoa is the main source of income for 5.5 million small-scale farmers, many of whom live on less than $1.25 per day (cnbc.com)

Potential To Improve The Sustainability & Ethics Of Cocoa/Chocolate Production

Additionally, candy company Mars has mapped the cocoa genome, leading to trees that are three to four times more productive than varieties often used in West Africa; they can also be more climate resistant.

Some producers may put profit as their first and only priority, whilst other producers may consider the environment, sustainability, efficient resource usage, the health and well being of animals, and other factors.

These figures and this information is of a general nature and not reflective of all agricultural producers.

So, all chocolate products and brands need to be assessed individually.