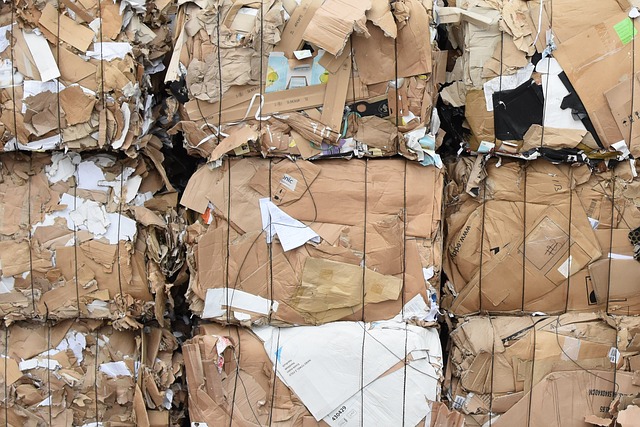 When it comes to recycling, some materials are more recyclable than others.

In the guide below, we outline:

– Recycling rates by States within countries

We discuss materials like paper, metals, plastic, and others.

In the US in 2016, one report indicated that the recycling rate of magnesium was 54%

Steel, aluminum and copper may be three of the most recycled metals in some countries

For metals overall though, one reporting indicated that only 18 of 60 metals have a 50% or greater recovery rate. 34 metals had a recovery rate of less than 1%

Some specific products/items like aluminum cans may not only have high recycling rates, but can be recycled over and over

In India, the recycling rate might be higher than 14%

Some recycled plastics may eventually end up going to landfill or get incinerated when they can’t be recycled anymore. Some plastics are also ‘downcycled’ and used for secondary uses like plastic fibres in clothing, or carpeting

The recycling rate of plastic packaging specifically is around 14%

In the US, the recycling rate might be around one third of all glass, or roughly around 33%

In Switzerland, Germany, & some other European countries, the recycling rates might be as high as 90%

We don’t include any specific recycling rates of wood in the guide below, but, some reports indicate that it has a high re-use and recycling potential

An example of a composite material is the material used for boxed/carton/paper water products.

How well these materials are recycled depends on the company making them, what they are made of and their design, and the waste management systems available in a specific city.

The average recycling rate in the US might be around 34% to 35%, however, the rate may change over time

China doesn’t provide official statistics for recycling at this time

There can be large differences between average recycling rates in EU-27 countries. Some are much higher, and some are much lower

For EU-27 countries and Norway, the average recycling rate might be 43%

Recycling Rate By States Within Countries

San Francisco diverts about 80% of it’s waste from landfills, compared to New York at 21% and Chicago at 10%

South Australia may have the highest average recycling rate of all Australia States at 76.5%, and this includes composting too

What Recycling Rates Can Countries & States Aim For?

As just one example, one report indicates that the US might be able to aim to recycle and reuse 60% of all disposed waste

At the bottom of this guide, we list some of the reasons that some reported recycling rates might be questioned for their accuracy.

Other Notes About Recycling Rates

Recycling rates of materials can vary between countries, between different years (for example, globenewswire.com indicates that Canada’s post consumer plastic recycling amount increased by 0.9% from 2015 to 2016), and also between types of a specific material e.g. between the different types of metals. There’s different variables to recycling rates

Some products make recycling certain materials far easier than others. We mentioned the metal example above, but, this can be the case with products with plastic in them too – some plastic products are far more recyclable than others

In this guide, when we reference ‘average recycling rate’, what we mean is the % of all waste generated that is recycled. The numbers that some countries release sometimes include composting in this number.

What is important to note is that there has been a big shift in the way recycling works in some of the major developed countries.

China previously used to import/buy recyclable material, but has placed a stop on that (as of 2017/18).

Some places in the US for example have had to move the excess recyclable material to landfills because of different reasons (i.e. to cope with excess supply, and also because it makes more economic sense)

Over 68 million tons of paper and paperboard products are recovered annually in the U.S., achieving a recycling rate of 64.7 percent (thebalancesmb.com)

[In the US in 2015] … paper and paperboard [accounted] for approximately 67 percent of [recycled municipal solid waste] (epa.gov)

Recycling Rate Of Metals (Aluminum, Steel and Other Metals)

Recycling Rate In The United States

Recycling rates of selected metals in the U.S. in 2016, by metal, were:

According to epa.gov, the recycling rates of different aluminum items in the US in 2015 was:

Within this number, the most recycled category of aluminum was beer and soft drink cans, at 54.9 percent (0.7 million tons).

According to epa.gov, the recycling rate of steel and ferrous metals in the US in 2015 was:

… the recycling of ferrous metals from durable goods (large and small appliances, furniture, and tires to be 27.8 percent (4.4 million tons) …

The recycling rate of all materials in appliances, including ferrous metals, was 61.7 percent.

With an overall recycling rate of 88% in 2012, steel is North America’s most recycled material.

More steel is recycled each year than aluminum, paper, glass and plastic combined

[In Australia] both [aluminum and stainless steel] have achieved high levels of industry recycling.

Approximately 75 per cent of the primary aluminium ever produced is still in use, while more than 50 per cent of stainless steel is made from remelted scrap metal.

According to epa.gov, recycling rates of non ferrous metals, particularly lead, in 2015 in the US were:

… the estimated amount of recycled battery lead was about 99 percent

[Read more about the top ten metals recovered in recycling in the thebalancesmb.com resource]

Some reports indicate that of all metals recycled as scrap metal in the US, and when measuring by million of tons recycled, iron and steel are recycled the most by far of any metal, and aluminum is in a distant second place

[In the US in 2015] … metal comprised about 12 percent of [recycled municipal solid waste] (epa.gov)

There are also suggestions on how we might recycle more metals in the thebalancesmb.com and resourcepanel.org resources

… it’s estimated that in 2015, around 55 percent of global plastic waste was discarded, 25 percent was incinerated, and 20 percent was recycled (ourworldindata.org)

… the global average [recycling rate of plastic is about] 14% (economictimes.indiatimes.com)

Only 18 percent of plastic is recycled.  This is the rate for plastics overall, including plastics in cars and buildings (darrinqualman.com)

… the U.S. in 2015 recycled 9.1 percent of the plastic generated, down from 9.5 percent during the previous year (resource-recycling.com)

learn.eartheasy.com has some figures on the recycling rates of different plastic types (by plastic resin identification code) in the US:

Plastic #4 (LDPE) – Products made using LDPE plastic are reusable, but not always recyclable

Plastic #5 (PP) – Polypropylene is recyclable through some curbside recycling programs, but only about 3% of PP products are currently being recycled in the US

Plastic #6 (PS) – Recycling is not widely available for polystyrene products. Most curbside collection services will not accept polystyrene, which is why this material accounts for about 35% of US landfill material

Plastic #7 (Other – BPA, Polycarbonate, LEXAN) – #7 plastics are not for reuse, unless they have the PLA compostable coding

From forbes.com “[The reality is] many plastics simply cannot be effectively recycled. Even the most recyclable plastic, PET – or polyethylene terephthalate – is only recycled at a rate of 20-30%, with the rest typically going to incinerators or landfills”.

From ecologycenter.org: “The plastics industry rarely uses recycled plastics in the vast majority of their products, unlike the glass and metal industries”

China’s plastics recycling rate in 2013 was about 22 percent – far higher than the United States, which averages about 9 percent annually (theconversation.com)

… the recycling rate [of plastic] in India is considerably higher than the global average of 14%  (economictimes.indiatimes.com)

United States vs Other Countries

[Only about one third of the glass disposed of in the US gets recycled annually and the rest ends up in trash].

There is a 90% recycling rate [for glass] in Switzerland, Germany, and other European countries

According to the EPA, only about 1 million tons of over 3.4 million tons of e-waste generated in the U.S. in 2012 was recycled, resulting in a recycling rate of 29 percent.

One way to measure and express the average recycling rate for a country might be the % of of generated waste that is recycled.

The average recycling rate differs between different countries around the world.

Recycling Rate By State, Province Or Region Within Countries

As is illustrated elsewhere in this guide with the different US States, the average recycling rate differs between States, Provinces and different regions within a country.

Another example of this is that signalwaste.com.au indicates that South Australia in Australia has the highest average recycling rate amongst all Australian States & Territories, with 76.5% of all waste being recycled or composted.

You can read more about waste generation, recycling/composting, combustion, and landfilling numbers and stats at epa.gov

Average Recycling Rates By US State

San Francisco is already way ahead of other cities … [and it] diverts about 80 percent of its waste from landfills, or more than 1.5 million tons every year

[As a comparison,] New York only diverts about 21 percent of its waste and Chicago is at about 10 percent

China doesn’t provide official statistics for recycling but it has a goal of achieving 35% waste recovery in major cities by 2020 (earth.org)

For municipal waste, large differences in recycling rates between European countries prevail; in 2014, the rates ranged from 64% in Germany to 1% in Serbia.

In six countries, recycling rates were equal or higher than 50%, while five countries recycled less than 20%.

Rates For Specific Types Of Waste

It’s hard to say exactly how much recycling is processed in Australia, as there’s no coherent national database of facilities.

But, according to a 2011 government report, Australia generates roughly 50 million tonnes of waste a year, around 50-60% of which is recycled.

Average Recycling Rate In The UK

Local authorities in England produced 22.4m tonnes of waste in 2017, of which 45% was recycled (theconversation.com)

… the percentage of recycled waste in Russia is about 5-7% (letsdoitworld.org)

Indians throw out 15,342 tonnes of plastic waste every day, of which about 60% is recycled, most of it in the informal sector … (economictimes.indiatimes.com)

Obviously it depends on the type of waste, and the facilities and systems available in a specific country, amongst other variables.

… the average American throws away 3.5 pounds of trash each day, 60% of which could be recycled and reused (azocleantech.com)

… across Australia only about 20% of all plastic packaging is recycled, [and one estimate indicates Australia could] recycle five times as much plastic as [they currently are] (westbin.com.au)

Something wikipedia.org mentions is that there can be some questions or asterisks over reported recycling rates.

As two examples of this:

– The waste included in total recycling rates should be analysed

When materials and waste such as these are excluded, the total recycling rate might be lower

wikipedia.org notes ‘In US states with recycling incentives, there is constant local pressure to inflate recycling statistics’