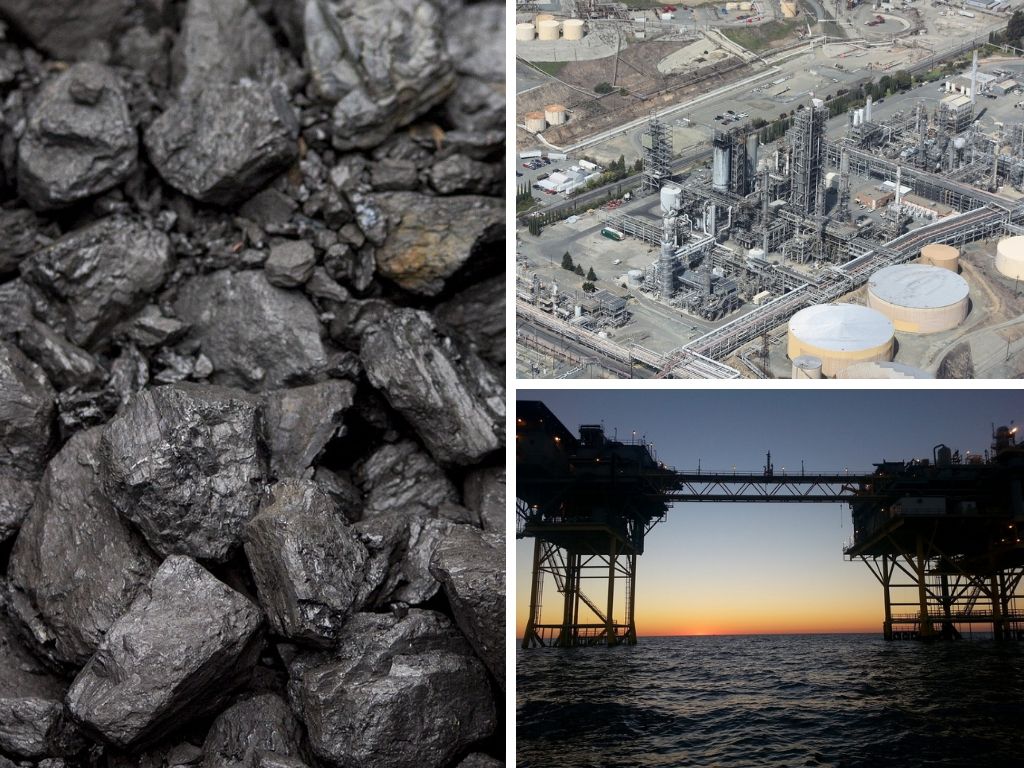 This is a guide outlining the pros and cons of fossil fuel energy (coal, oil and natural gas), both now, and into the future.

Fossil fuels provide many economic and also social benefits, and developed countries have built their economies on the back of them

But, they are also technically a finite resource, and they can have significant environmental drawbacks

Even ‘clean coal’ technology has not provided feasible results environmentally, considering the cost and unreliability, by many measures

The reality is that some countries, such as China, are locked into fossil fuels like coal because of existing investments, existing infrastructure, and a range of other factors

Countries like the US began their transition from coal to natural gas and oil a while ago, although coal still produced 27% of electricity there in 2018)

Based on this, eco supporters may want to see a push towards these cleaner technologies

Cost (per unit of electricity) and logistical factors (such as infrastructure, technology development and capability, variability, power output/density, and so on) will also play a role

*Note – the mix of energy sources that make up each country will differ.

The final set of pros and cons of fossil fuels in each country can also differ because of variables.

Each country and even city may need to compose their own set of pros and cons of their energy mix, including and excluding fossil fuels from that mix.

Good for jobs and income

Can meet baseload, and provide backup or complimentary power source to renewables

Fossil fuels themselves can be used to make other products

Costs money to extract, refine and use fossil fuels (compared to solar or wind energy for example)

Amongst the most harmful and dangerous energy sources

Can create energy dependence on other countries

Pricing can be questionable at times

It’s usually a cheap and affordable source of energy and electricity for consumers when considering the price per unit of electricity.

It’s generally very profitable for companies and suppliers, which encourages more investment and energy (although this can turn into a conflict of interest and encourage corruption too)

Power grids, gas pipes, and oil supply lines are already set up to deliver and supply fuel and energy where society needs it.

It can comparatively be harder and more costly to set up new renewable energy infrastructure in some places.

Coal provides energy independence in some European countries, where without it, they would be relying on Russian natural gas.

Renewable energy, because of it’s variability, can struggle to meet baseload energy requirements at times.

Fossil fuel can provide a good backup or complimentary power source in this instance.

Fossil Fuels Can Be Used To Make Other Products

For example coke coal is used in steel production, and oil is used for plastic.

The plastic in solar and wind equipment is made in part from petroleum.

Although, some companies are making bio solar panels – made without petroleum plastic.

All fossil fuels have finite supplies as far as we know.

This means they will run out or become extremely expensive to mine at some point (although – it might be hard to say when this time is).

Renewables on the other hand are almost infinite.

The actual fuel that is used to generate electricity with fossil fuel costs money to mine, process, refine etc.

Comparatively, sunlight or wind for sun or wind energy is free.

Fossil fuels are responsible for a significant amount of air pollution such as particulate matter, nitrogen dioxide, and sulfur dioxide.

Air pollution decreases air quality and is linked to a range of health problems and a higher mortality rate in humans.

Fossil fuels are responsible for a significant amount of carbon emissions.

This obviously has a bigger bearing on climate change and global warming.

Mining has many potential negatives, such as land degradation, water pollution, air pollution, contamination, and more.

All fossil fuel need to be mined.

Drilling for oil can also cause severe environmental issues – both on land and at sea.

A process used to extract oil and natural gas.

Much has been written of the potential issues with fracking, such as the release of methane in the air (a greenhouse gas), water pollution issues, and possibly increasing the risk of earthquakes.

Mining using water, power plants use water in their cooling towers, and water is used for other fossil fuel related activities like oil refinement.

Other forms of energy might use far less water – which is a good thing, as fresh water is becoming a scarce and precious resource.

Fossil fuel energy produces waste, which can be harmful.

If we take coal waste for example – coal ash can contain heavy metals, and is actually one of the main types in the waste stream in countries like Australia.

Among The Most Harmful & Dangerous Energy Sources (according to some measures)

Coal, oil and gas are among the most harmful fossil fuels in large part because of air pollution, accidents and other factors being responsible for deaths per unit of electricity produced

Can Create Energy Dependence On Other Countries

Some countries can be, or are heading for dependence on Russia for natural gas.

Can Be The Source Of Inequality & Wealth Battles In Some Countries

Some families and groups of people have monopolies on fossil fuel ownership, creating massive wealth inequalities.

Pricing Can Come Into Question

Some argue that the price for oil can be artificially inflated or reduced for various reasons.

This is more of a subjective opinion held by some though.

CCS in particular has has had various problems becoming a feasible system to reduce carbon dioxide.

For example with natural gas pipes, and the possibility of leaks and explosions.

There’s also the working conditions of some fossil fuel mines around the world, as well as power plant accidents.

Jobs such as working on oil rigs, are among some of the most dangerous in the world.

Fossil fuels have to be processed, and the conversion process to turn fossil fuels into electricity involves a lot of waste.

As a result, they can be an inefficient energy source compared to renewable energy which has very little waste and can actually produce more energy than the original input.

How Much Fossil Fuels Are Left, & When Will We Run Out?

How Much Oil Is Left, & Will We Run Out?

How Much Coal Is Left, & Will We Run Out?

How Much Natural Gas Is Left, & Will We Run Out?